I was fully sick, brah! I felt like I had eaten a bad kebab! Please, my fellow Western Sydney ethnics: get vaccinated!

Just about every second sentence that comes out of the mouths of the government’s talking heads at every press conference for the past few months has been some variation of “Please, please, get vaccinated!” or “We need everyone to get vaccinated!” — it’s almost as if they’re trying to tell us something?

Of course, it should be clear by now to any discerning person who has been paying attention, that the end goal of this whole circus was to implement a universal vaccine policy on the whole population — media and officials have made this exceedingly obvious over the past few months.

Highlighting covid cases and deaths, whilst ignoring victims of the experimental injections; emphasising, even when irrelevant, “vaccination”, whilst ignoring any other available treatment — it has all been about the “vaccine”.

Judging by the comments, many are calling out this blatant propaganda, accusing the media of using covid actors; some even pointed out that they deliberately chose “ethnic” victims in order to appeal to the communities in Sydney’s West, where lockdowns have been imposed the hardest.

Last month it was also pointed out that a couple of “covid victims” promoting vaccination in the UK also had acting credentials.

This latest attempt at fear-fagging the public into going out and doing the thing that the government keeps telling them to do follows a stream of “death bed” confession stories from the media, where ardent covid-deniers fall ill to the disease and in their final words declare “I wish I had gotten the damn vaccine!” Ironically, this also follows on from a prior campaign on social media that frequently used the phrase “Just get the damn vaccine!”

Personally, I can attest to the use of crisis acting. I have a brother who has done some acting work over the years and was hired to do a government-sponsored ad about 10 years back, pretending to be a kid who was randomly tripping balls on some form of narcotics that he had done. This campaign was intended to scare teenagers into “stayin’ off da crack” by showing the “real” consequences and side effects of illegal drug use. Of course, my brother has never done such a thing, has never had a drug problem, and is now just a normal family guy — but hey, $1300 bucks for a minute of filming is easy money. 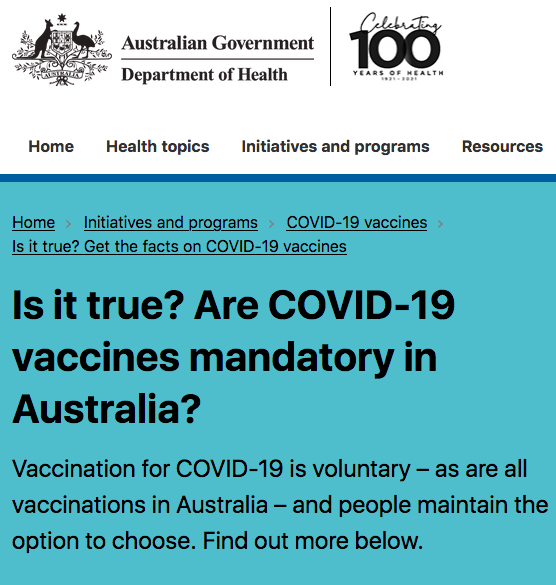